Father Benedict received his B.A. from St. John’s University in Minnesota in 1969, his Licentiate in Mediaeval Studies from the Pontifical Institute of the Mediaeval Studies in Toronto in 1975, his Ph.D. from the University of Tononto in 1979, and his M.Div. from St. Vladimir’s Seminary in 2010. He held adjunct positions at both Fordham University and New York University, and he worked for Xerox Corporation from 1983 until he retired in 2006. He was ordained to the diaconate in 2009 and to the priesthood in 2010. He does translations of liturgical texts from Greek and Slavonic, and occasionally sets them to monophonic chants. He maintains a website with Slavonic liturgical texts, and he enjoys music and reading. A former SCUBA instructor, he also engages from time to time in non-violent exercise. The priest at St George’s Orthodox Church in Edenton, North Carolina, Father Benedict is Editor at St.Vladimir’s Seminary Press. 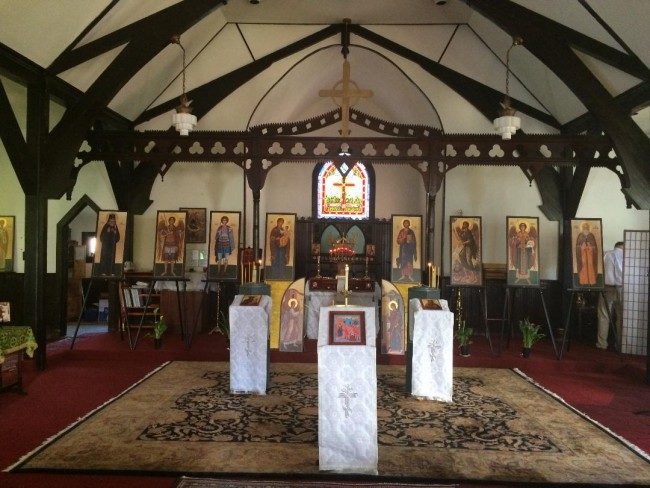 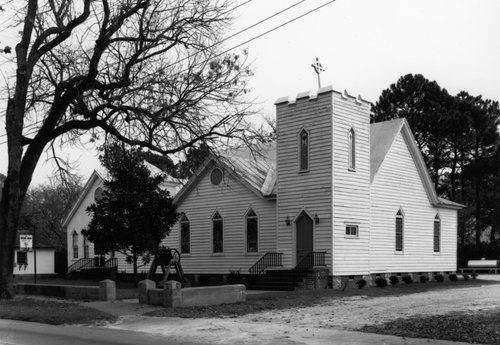 St. George Orthodox Christian Church is located at 212 E. Church St in the city of Edenton. Edenton is located in the beautiful state of North Carolina. According to our database, there are approximately 46 churches in Edenton, with 2 Catholic churches, 12 Baptist churches, 2 Pentecostal churches, 2 Methodist churches, and 28 other denomination churches. If you are looking for a new church or just visiting Edenton, please browse through our church directory to find a church that meets your needs.

Orthodox churches practice a rich liturgical life and faithfulness to the apostolic tradition. Orthodox Christians believe that their Church has preserved the tradition and continuity of the ancient Church in its fullness, as opposed to other Christian denominations which have departed from the common tradition of the Church of the first ten centuries. Today Orthodox Church numbers approximately 300 million Christians who follow the faith and practices that were defined by the first seven ecumenical councils. The word orthodox literally means "right belief and right glory" and has traditionally been used to designate communities, or individuals, who preserved the true faith as opposed to those who were declared heretical. You can find an Orthodox church here at Church Angel .Com - the ultimate church finder.